Ibn al-Qayyim (may Allah have mercy on him) described the greatness of Allah in a most beautiful way: 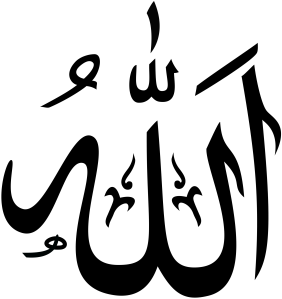 He is controlling the affairs of all the kingdoms. He commands and prohibits, creates and gives provision, and gives death and gives life. He raises and lowers people’s status, alternates night and day, gives days (good and not so good) to men by turns, and causes nations to rise and fall, so that one nation vanishes and another emerges. His command and decree are carried out throughout the heavens and on earth, above it and below it, in the oceans and in the air. He has knowledge of all things and knows the number of all things. He hears all voices, and does not mistake one for another; He hears them all, in all the different languages and with all their varied requests and pleas. No voice distracts Him from hearing another, He does not confuse their requests, and He never tires of hearing the pleas of those in need. He sees all that is visible, even the walk of a black ant across a solid rock in the darkest night.

He is the First, before Whom there is nothing, and the Last, after Whom there is nothing. He is the Most deserving of being remembered, the Most deserving of being worshipped, the Most deserving of being thanked. He is the Most Compassionate of kings, the Most Generous of those who are asked. He is the King Who has no partner or associate, the One who has no rival, the Self-Sufficient Master, Who has no son, the Most High, and there is none like unto Him. Everything will perish save His face [Quran 28:88], and everything will vanish except His sovereignty. He will not be obeyed except by His permission, and He will not be disobeyed except with His knowledge. He is obeyed, so He shows His appreciation, and He is disobeyed, so he forgives. Every punishment on His part is justice, and every blessing from Him is a favour. He is the closest of witnesses and the nearest of protectors. He seizes people by their forelocks, records their deeds and decrees the appointed time for all things. Hearts conceal nothing from Him, for secrets are known to Him. His gift is a word and His punishment is a word: Verily, His Command, when He intends a thing, is only that He says to it, Be! and it is. [Quran, 36:82].

This is Allah, who revealed the Glorious Quran for the guidance of mankind.

"The word of the Muslims will not be united until their minds, lives, libraries, schools and methodologies are purified from innovation and the people of innovation." (Kashfus-Sitaar pg. 66)

Shaykhul-Islam Ibn Taymiyyah (may Allah have mercy upon him) stated:

"The more the person is closer to the Salaf and Imams (of the religion) the higher and better his word is." (Al-A'qeedah At-Tadmuriyyah pg 192)

Shaykhul-Islaam Ibn Taymiyyah (may Allah have mercy upon him) stated:

"Whoever loves a Shaykh that's in opposition the legislation he's with him. Therefore when he (the shaykh) is entered into the hell-fire he (the one who loved him) will be with him." (Majmoo' al-Fataawa 18/315)